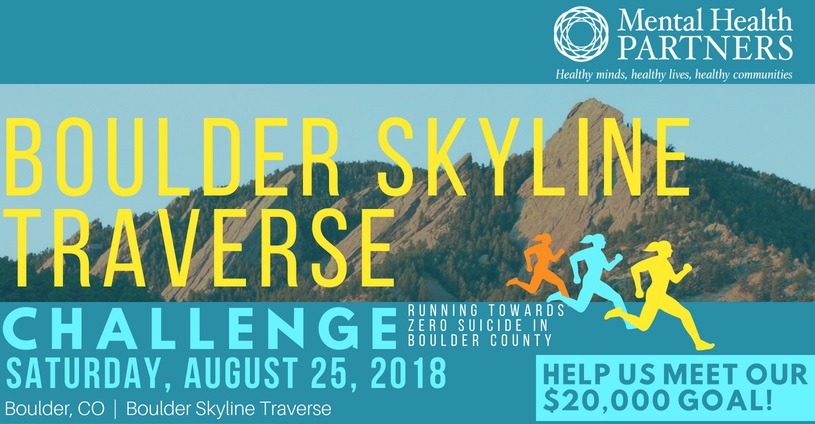 On August 25th, Bill, Sam, and up to eight other two-person teams, will run the Boulder Skyline Traverse, a 16.3 mile that traverses the five peaks that top Boulder’s western landscape, ending at MHP’s Ryan Wellness Center in Boulder. Sam and Bill will both lead two-person teams and the “winner” of the challenge will be the team who receives the most contributions towards the Challenge’s $20,000 goal.

A maximum of ten 2-person teams will compete during the challenge. Eight slots remain for two-person teams, which must be declared by August 1. To register a team, contact Casey Smith at csmith@mhpcolorado.org. There is no entry fee.

Also, join us for the Challenge After-Party at 5:00pm on August 25th at Under the Sun Eatery & Pizzeria (627 South Broadway Street, Boulder, CO 80305) to celebrate the runners with an awards ceremony and to learn about MHP’s upcoming suicide prevention trainings.

Choose a team to support!