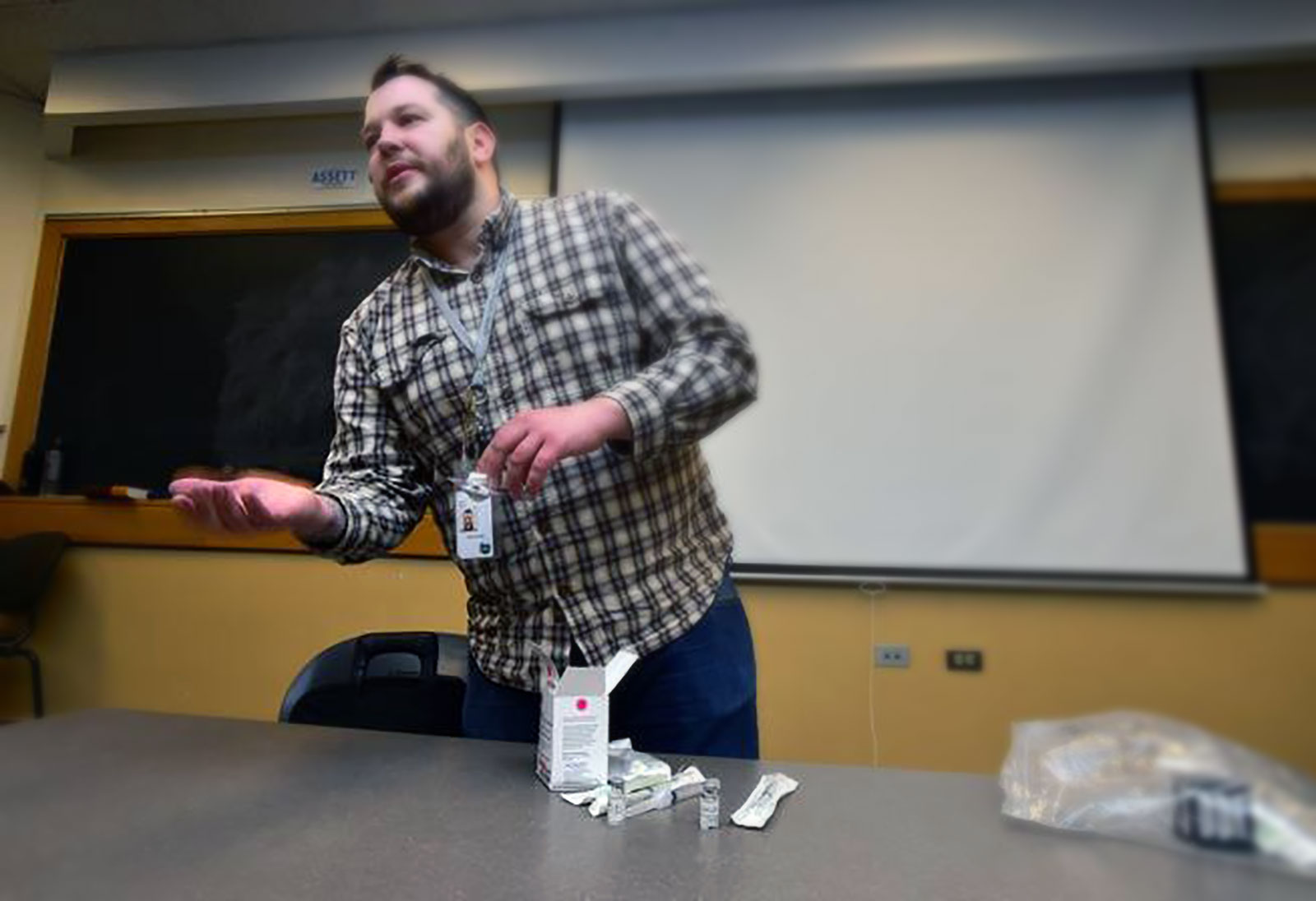 Mental Health Partners is an advocate for using Naloxone and other antagonist medications which combat overdoses. Shout out to @alfalfasmarket for taking this step to better community wellness.

Rob Bellamy [above], a harm reduction specialist with Boulder County Public Health, demonstrates how to set up a proper body position to administer Narcan to a person who might be suffering an opioid overdose during a presentation in February at the University of Colorado’s Boulder campus. (Paul Aiken / Staff Photographer)

Eighteen months ago, the owners of Alfalfa’s Market agreed to keep naloxone in their stores for emergencies.

Two overdoses at the Boulder location spurred the decision, according to Ted Bradshaw, human resources director for the organic market that has stores in Boulder and Louisville.

“Both were young men who were customers,” he said. “They were discovered overdosed in the public men’s bathroom by other customers.”

Bradshaw, a former law enforcement officer in Boulder County, had seen overdoses before, but it was “very difficult for other people, and certainly for guests, to witness that.”

In both instances, 911 was called and emergency responders were able to save the men with naloxone, a medication that can reverse opioid overdoses.

After the second incident, the three owners of Alfalfa’s — Mark Homlish, Tripp Wall and Mike Corenblat — decided to keep the … [Click to Read the Full Story by Madeline St. Amour]