I Don’t Want to Talk About It: Shame 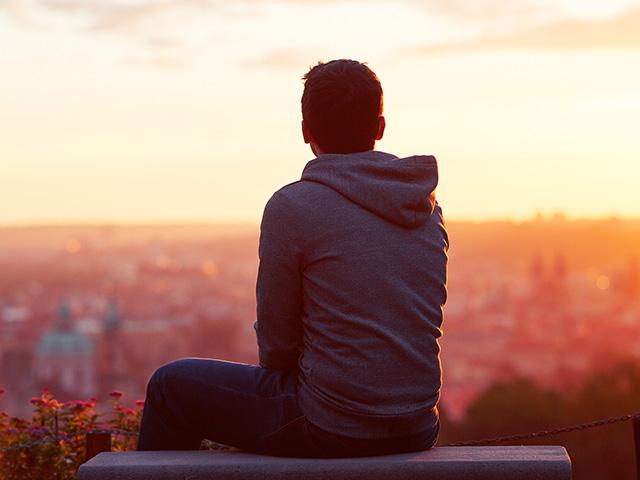 There are countless reasons why someone may not want to talk about an experience of sexual assault: it feels invasive to share intimate details about your life, uncertainty about whether unwanted sex counts as sexual assault, a desire to leave it in the past. One of the most common contributors to silence around sexual assault is shame.

Shame is a tricky emotion to pin down because it manifests in different ways for different people. Some people feel a hot burning in the pit of their stomach, others feel a tight grip around their chest, and many people feel an intense urge to hide when shame washes over them. For comprehensive definitions and examples, check out the writings and talks by shame researcher Brene Brown. Some of her books include “I Thought It Was Only Me (But It Isn’t),” “Daring Greatly,” and “The Gifts of Imperfection,” as well as the TED talks “The Power of Vulnerability” and “Listening to Shame.”

Whatever shame is, it is not guilt. A simple distinction is that guilt is the sense of “I did something bad,” whereas shame is the sense of “I am bad.” One focuses on behavior, the other on immutable character traits. Behavior can be learned, unlearned, and changed through intentional practice. Changing the core of who you are, however, is almost impossible. Regardless of the variety of manifestations, shame almost universally contributes to isolation. The sense that “I am bad” usually leads to anything from an inability to maintain eye contact to curling up in the fetal position behind closed doors. Shame imposes silence by creating conditions in which we cannot talk about shame or the source of shame.

Before jumping into the nuances of the silencing power of shame, there is an important disclaimer to make: shame is a normal emotion. It is an incredibly common response for victims and survivors to feel shame and express shame to others. Often when others hear shame and self-blame, they may counter that with statements like “it’s not your fault,” “don’t beat yourself up about it,” or “there’s nothing to be ashamed of.” That’s great! Keep doing that! However, sometimes this creates a paradoxical spiral of shame, in which the survivor feels shame about feeling shame, despite shame being a normal and reasonable reaction in the first place. Always start by telling a survivor that it’s not their fault and you believe them. Always start with that. If the conversation seems to get stuck from there, or they seem to sink further into shame and silence, then you can validate that response by saying something like “it seems like you’re dealing with a lot of heavy emotions right now,” or “you don’t have to have all the answers right now. How can I support you as you figure this out?”

After an assault, shame usually shows up either through internal messaging that we tell ourselves, or external messaging that people convey verbally or nonverbally. Internal messages can sound like “it’s all my fault,” “I was so stupid to trust him,” “this is exactly what I deserve,” or “this doesn’t happen to good people.” Repeated often enough, these messages can become an irrefutably true version of reality in which the victim of a sexual assault believes themselves to be a bad person. Add in the intense urge to hide, and this version of reality may go unchecked, causing further shame and isolation. While shame is a normal emotion, it can become problematic in large doses. Nonjudgmental support from a trusted source, whether that is a friend, family member, therapist, or anonymous advocate on the phone (MESA’s 24/7 hotline: 303-443-7300), is often the antidote necessary to counter that irrefutably true version of reality, reign in shame, and move toward healing.

Shame messaging also comes from other people. The most blatant form is “I’m ashamed of you” or “you should be ashamed.” Other versions include “you should have known better,” “what were you thinking?” or “what did you expect?”. Responses like this impose silence by avoiding the topic of sexual assault, ignoring the emotional impact of trauma, and focusing on the behavior of the victim. When the person we turn to for support refuses to acknowledge our suffering, they contribute to silence and shame around our struggles.

Less obvious but equally harmful are the covert messages that feed into shame. This includes reducing someone from a multi-faceted, dynamic person to the label of victim or survivor. Similarly, defining someone by a list of problems, rather than seeing them as a person, reinforces silence and shame around sexual assault. Countless articles, websites, and resources talk about struggles and difficulties after sexual assault: nightmares, substance use, flashbacks, insomnia, eating disorders, etc. When we use those problems to indicate someone who has experienced trauma, we reduce that victim or survivor to their symptoms. These are normal trauma responses that can potentially lead to problematic outcomes; these are not problematic people.

To change our culture and create communities that support survivors, it is important for all of us recognize shame and messages that reinforce shame. If you are supporting a friend or loved one, put aside your own discomfort (temporarily) to provide nonjudgmental support to someone who is struggling with trauma. If you are that person struggling with trauma, look for small ways you can change your internal messaging to be more compassionate, or seek out safe relationships to reality-check some of your internal messaging and bring a different perspective. Shame is a normal response to trauma, and sitting with that discomfort helps survivors and those who support them move toward healing. So, let’s make room to feel and talk about shame.