Isolation in Veterans During COVID 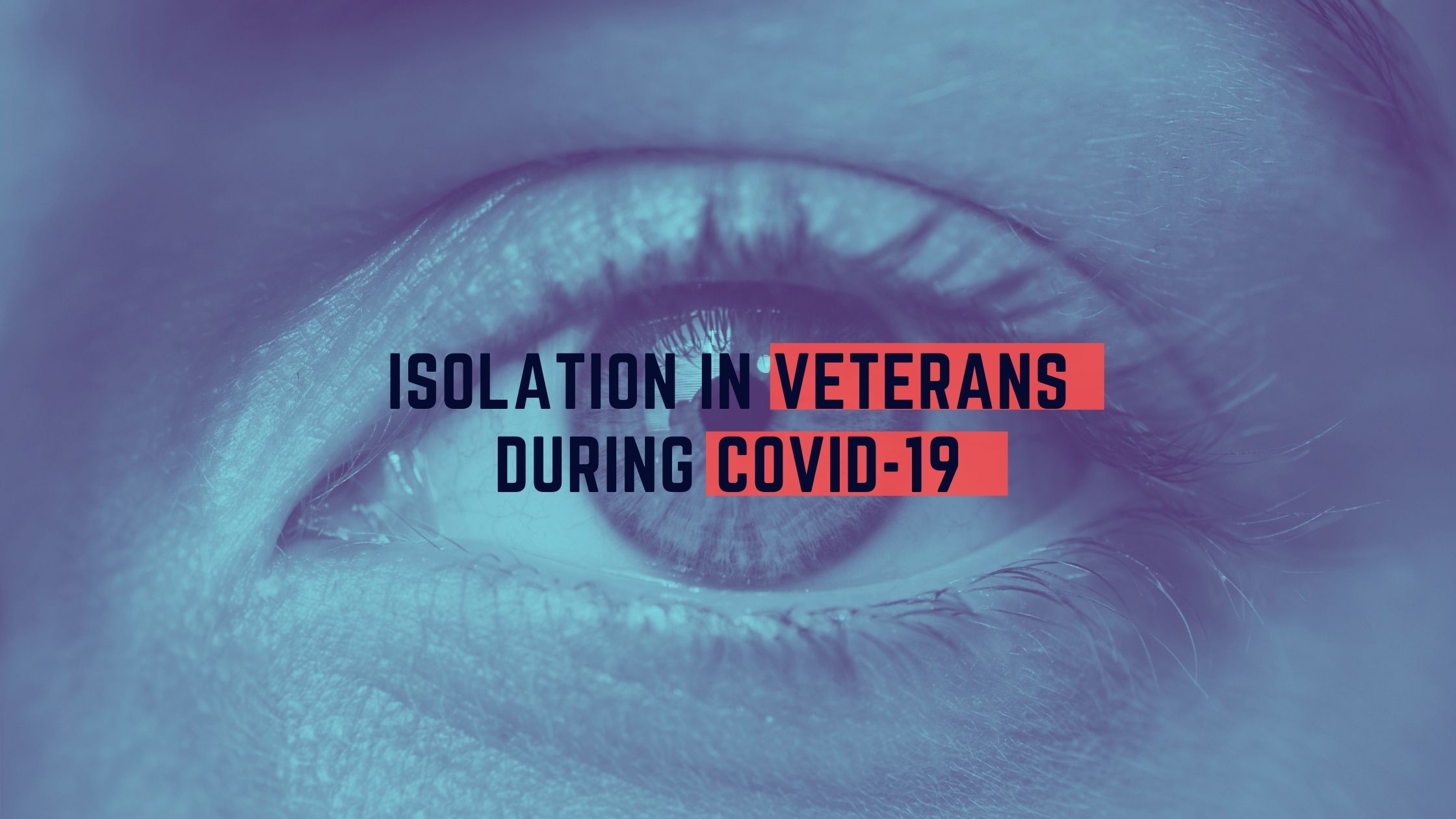 On a Friday afternoon, four veterans who have been isolating since the beginning of the pandemic spread out in a living room. Food delivered from local businesses took up space in the kitchen and on the dining room table, and episodes of a television show streamed as background noise—a much-needed break from the 24-hour news that was riling everyone up during an already stressful situation.

Last fall, the Boulder Vet Center pressed pause on the women’s group that met every Friday. With new schedules for school or work and some members moving from the area, the small gathering was put on hold. Now, with people on summer break, plans changing, and some working or going to school remotely, the women’s group had come together again. This time, instead of the Vet Center conference room, they were meeting at a home in Frederick where the talk is less structured and therapy-based but just as fiery and raucous. 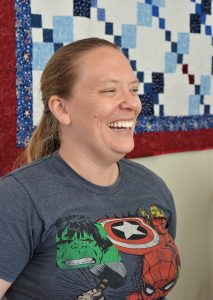 Lauren Ray, the veteran hosting the gathering, said PTSD in and of itself is incredibly isolating. Once the Stay-at-Home order was lifted, it was important for her to be able to provide this safe space for her fellow veterans to talk about their struggles with others who truly understood through their own lived experience. A trusting relationship between these veterans had already been built, and despite the setting being a less therapeutic one, “it has been plenty therapeutic,” Ray said.

Ray isn’t sure if the restorative feeling she gets from these meetings would be possible if she hadn’t had already established relationships with these women in the therapeutic setting at the Vet Center, and she’s grateful for these bonds. “Family and loved ones of people with PTSD can sometimes say insensitive things that cut really deep, and I feel like with the stress of everything, that empathy may be lacking even more so as of late with those we spend the most time with,” she said. Ray added that if anything, the group creating their own PTSD support group in the era of COVID has proven how effective veterans are in learning to adapt and cope in an ever-changing reality.

Boulder Vet Center implemented virtual sessions in early April. “Initially, we were doing phone visits until the VA put out the VA Video Connect, allowing us to meet with veterans over video,” said Outreach Program Specialist Justin Brandenburg. “Some veterans were not able to utilize that option, so we are still able to do phone visits in those instances.” A Marine himself, Brandenburg understands the isolation some veterans are feeling. “I think most of us are feeling that way with so many places and things shut down,” he said.

Boulder Vet Center isn’t the only veteran-focused agency working to provide a connection. In an effort to provide that social interaction and sense of community many veterans are in need of, Northern Colorado Veteran Resource Center (NoCo VRC) started a virtual meetup over Zoom called “the Smokepit” where veterans from Boulder, Weld, and Larimer Counties have joined in twice a week to connect. TJ Cruz and Harrison Swift have carved out an hour on Tuesdays and Thursdays to give space for veterans to catch up with each other, network, and just check in to share their experiences.

On community partner calls with psychologists, physicians, and peer support specialists from Veterans Affairs (VA), two key aspects of veteran isolation came up—first, calls have doubled to the Veteran Crisis Line since the pandemic started, and second, a lot of veterans are experiencing regression in progress they had made in therapy with overcoming symptoms related to their PTSD since COVID-related restrictions started.

While the doctor from the VA said he had seen regression in Vietnam veterans, I shared that I noticed I was doing that too. Negative coping or avoidance related to my PTSD and accompanying anxiety and depression that had become much easier for me to overcome after a few years of therapy were creeping back in. Before I finally reached out for help years ago, I avoided people to an extreme. After extensive work over the past few years, I’ve been much more social and enjoyed going out to comedy clubs and other venues to just be around people. After isolating in March and April, I found by May I wasn’t making phone calls or leaving the house—because during the Stay-at-Home orders, that was the safe thing to do. The “safe” thing became an excuse to cut myself off and avoid facing with my regression.

I brought this experience forward to both the women from the Vet Center and the men in the NoCo VRC meetings ranging in age from Vietnam era to recently separated from the military, and everyone seemed to recognize that they’ve experienced the same thing on some level, especially with the justification to cut themselves off. 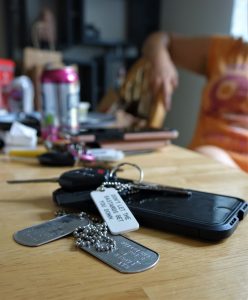 Ray said despite being a little too comfortable with the opportunity to isolate, she’d actually found a way to thrive. “While I have definitely used COVID as an excuse for disconnecting, I’ve been able to focus on myself and my home and family while maintaining a 3.5 GPA in nursing school,” she said.  Ray explained that prior to COVID, she would have never been able to apply for the Honor Society at CU-Boulder because she had almost failed out. She now cites her academic success to the ability to focus on studying in the comfort of her home environment and being able to manage her PTSD on her terms without the restrictions present during in-person learning. Through virtual school and telehealth through her counselor at Boulder Vet Center, Ray is handling these abrupt changes better than she expected.

Others aren’t coping as well with the virtual world and isolation, choosing to go in-person when possible to meet with their counselors because they don’t want to have whatever they’re wrestling with in therapy to contaminate their living space.

Being connected to others is an essential quality of life marker for most veterans due to the type of bonds we build while serving in the military, but PTSD drives us to isolate. Finding balance and what works for the individual is important for our wellness, and what works for one person may not work for another. Some veterans find solace in art, reading, woodworking, or nature, while others are diving headfirst into activism and acts of service to help other veterans. While a guest on the podcast for veteran non-profit Warriors Next Adventure, I spoke about heading up to yurts at State Forest State Park to reset when I noticed a decline in my mental health this summer. President and founder Nick Rahn graciously offered to pay for two yurts for two nights for the NoCo VRC Smokepit veterans to get some time away from the world but also have the opportunity to meet up with each other in-person and commune with nature. As justice for those who have experienced military sexual trauma (MST) is something Ray is passionate about, she attended a protest for murdered Army soldier Vanessa Guillén with a fellow MST survivor. Veterans, VA employees, and family members from all over the northern Colorado area are networking to create in-person and virtual spaces to meet up and stay connected.

But whether it’s in-person, virtually, or a mix, here we were finding a way to connect; it’s the veterans out there who aren’t connected, whether through choice or because they don’t know the resources available, that we need to reach.

If you’re a veteran, what are you noticing in your behavior? Are old negative coping mechanisms edging in again? If so, you aren’t alone, and there are more ways than ever to participate in community and get the care you need—you just have to reach out. 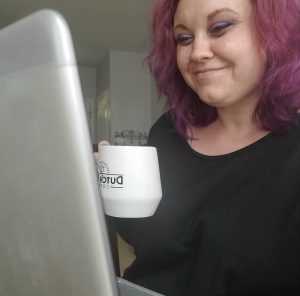 Ashley Wallis is a community health worker with Mental Health Partners and was an Army brat, enlisted in the Army, and then an Army spouse for 16 years. Feel free to reach out to her directly with any questions regarding accessing care or additional resources on Facebook or at awallis@mhpcolorado.org.

NoCo VRC Smokepit: Tuesdays at 11am and Thursdays at 5pm; email TJ Cruz at tj.cruz@vrc.org for an invite link.

MHP CHWs: Look for non-clinical virtual conversation meetings posted on social media this fall. These recurring events will be hosted by veterans who are also community health workers in collaboration with non-profits and veteran agencies. These groups will include one group for women veterans and another for military spouses who are working to cope with their veteran’s PTSD. Additional groups may be added according to need and scheduling availability.

In the meantime, you can reach veteran community health workers Ashley Wallis (Boulder County) and Alaina Beaulaurier (Broomfield) through the Broomfield and Boulder County Community Outreach Facebook group or by calling (303) 545-0852.